World Monuments Fund provided a group of Syrian and Jordanian trainees with stonemasonry skills that could be used to repair conflict-affected historic buildings and give the students the employment opportunities in Jordan. A complementary heritage education programme aimed at school children was delivered in partnership with Petra National Trust. 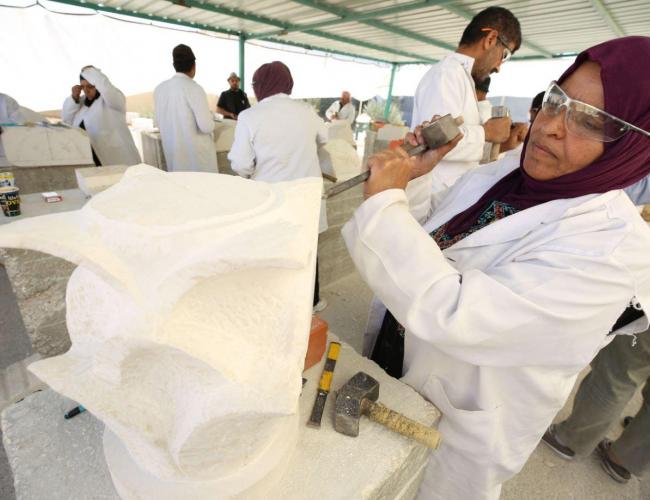 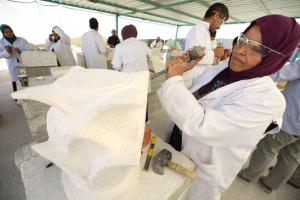 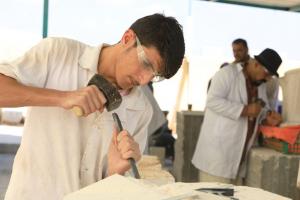 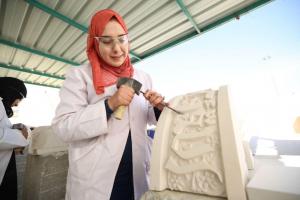 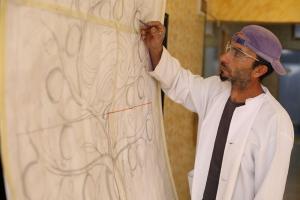 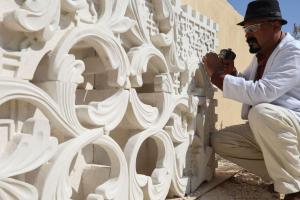 Since Sept 2017, World Monuments Fund has been running a stonemasonry training centre in Mafraq, Jordan, 12 miles from the Jordanian Border. Our project, which is supported by the British Council’s Cultural Protection Fund, addressed three issues that arise from the conflict in the Middle East: war that has damaged the historic fabric of Syria, Iraq and other countries; a lack of skills to conserve that heritage once war ends; and large numbers of refugees and displaced people who are in search of a future. Our project, in its own small way, was a solution which gave Syrian refugees the skill to restore their own heritage. In the first phase we trained over 45 refugees and local Jordanians - men and women. In the second phase of activity we trained 20 of our current students to a higher level, with the express aim of getting them into employment and improving livelihoods. Alongside the stonemasonry training a youth engagement progamme provided Syrian and Jordanian schoolchildren with more knowledge and an understanding of their local heritage. This was delivered by the Petra National Trust with 350 children taking part.