A preliminary study to document Nuristan's intangible and tangible cultural heritage, and to assess the need and feasibility of a broader documentation and conservation programme. 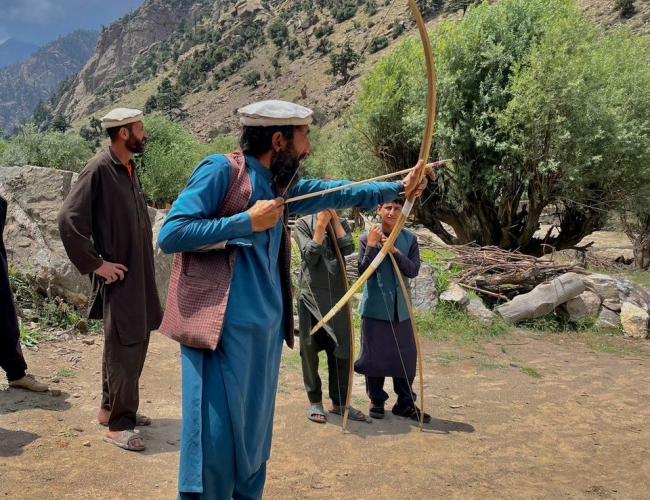 Aleph undertook two short field trips to Nuristan between May and July 2022 to assess the feasibility of an intangible and tangible cultural heritage conservation and documentation programme. The study included a preliminary record of cultural practices including the region's famous woodworking and archery. As the last part of Afghanistan to be converted to Islam in 1896, Nuristan retains a rich and distinctive cultural identity. However, it has been difficult for cultural practitioners to work in Nuristan for the last forty years due to protracted conflict, and the state of the region's cultural heritage remains largely unknown. There has been some notable fieldwork in the early 2000s, but since then, little if any work has been undertaken. With the effective cessation of conflict following the Taliban takeover in 2021, access to Nuristan is possible once more. Fieldwork was conducted in Parun, Waigal, Kamdesh and Bargromatal and surrounding villages. Traditional cultural practices and knowledge – particularly those linked to the regions’ pre-Islamic past - are gradually being lost due to a combination of political, social and economic factors. This study paves the way for future conservation work by highlighting the critical need for community-led documentation. 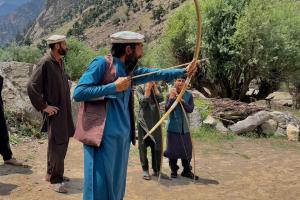 A preliminary study to document Nuristan's intangible and tangible cultural heritage, and to assess the need and feasibility of a broader documentation and conservation progra…