The archaeological mission in the localities of Kharayeb and Adloun located on the South-Lebanon coast is a joint Lebanese and Italian multidisciplinary mission to study the coastal heritage of the region. 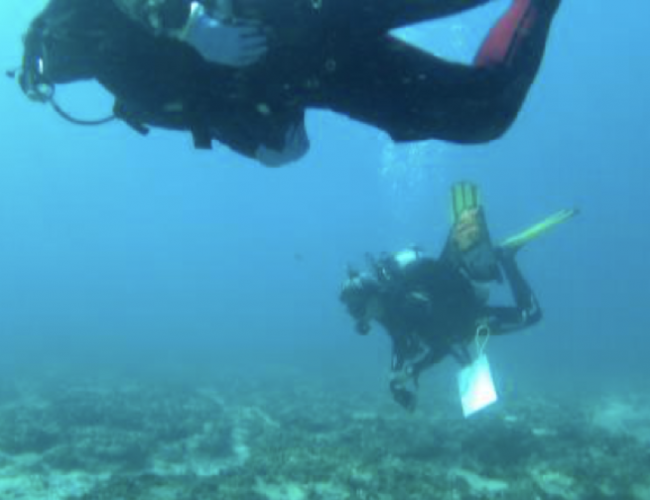 The archaeological mission in the localities of Kharayeb and Adloun located on the South-Lebanon coast is a joint Lebanese and Italian multidisciplinary mission.The first mission was undertaken in 2017 and the survey area stretched from the Litani River in Kharayeb along the coast to the modern port of Adloun (under construction) in the north. To the east, it covered the agricultural plain stretching from the shores and stopped at the edge of the coastal road. It aimed to study the coastal area using an interdisciplinary approach mixing geography, geomorphology, history and archaeology, environmental, social, and ethnography.

The survey of the near shore systematically covered all sites and features. As for the plains of Kharayeb and Adloun, the archaeologists surveying the zone couldn’t cover all the area because the majority of the land was fenced or cultivated by plants and trees that made the survey of more than 50 percent of this territory impossible.

The research and archaeological tasks of the 2018 mission are in continuity with the works carried out in 2017. The main aim in 2018 was to survey the coast and planes of Kharayeb, to do underwater surveys in Adloun and Kharayeb and to undertake new soundings on the newly discovered coastal tell located on the Mouth of the Litani River in Kharayeb. Survey work continued in 2019 with more documentation of finds underwater, excavation of selcted threated sites on land and further durvey in the Adloun region on the coast.