RestART Beirut Fund was created in November 2020 under the aegis of the King Baudouin Foundation in Belgium, and has been operational to receive donations since December 2020. It’s mission is to sustainably protect the invaluable cultural heritage of Beirut, to harness it as a vector to ensure socio-economic benefits for the country and stimulate

RestART Beirut's first and very ambitious project focuses on the rehabilitation of the Sursock Palace’s collections, and its transformation from a private residency to a Centre of Cultural, Educational and Artistic Dissemination. The reconstruction of the Palace and beyond, of many historical buildings in the city, will be an opportunity to revitalize a local economic fabric of artisans. It will even allow the creation of permanent jobs in this sector, which has been in decline until now, to perpetuate gestures that, for some, are thousands of years old. This intangible heritage has given Beirut this very particular architectural identity and these singular decorative art objects. Since its creation at the end of 2020, RestART Beirut has been working to consolidate its foundations by building solid relationships with various national and international institutions (Scuola Universitaria Professionale della Svizzera Italiana, Mobilier National; Institut Français; Centre du Patrimoine Musical Libanais; Beirut Heritage Initiative; ...). This pooled expertise will be at the core of achieving the ambitious goals that the Fund is pursuing. Serving the people of Beirut, it will actively support the preservation of the city's valuable tangible and intangible cultural heritage, develop knowledge exchange and transfer programmes and collaborations, and build cultural bridges between people. RestART Beirut being solely financed through grants, donations and sponsorships, it also needs to include the organisation of charity and fundraising events to its recurrent activities.
Project Website

RestART Beirut Fund was created in November 2020 under the aegis of the King Baudouin Foundation in Belgium, and has been operational to receive donations since December 2020… 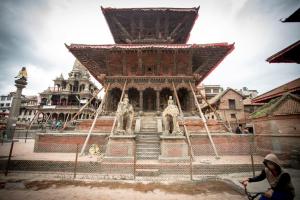 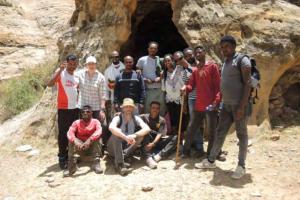 The EHF works with local communities, guides and tourist agencies to encourage sustainable tourism to Tigray’s painted churches. In subsidising rural economies, this plays a v…