IZOLYATSIA is a non-profit, non-governmental platform for cultural initiatives, founded in 2010 on the site of a former insulation factory based in Donetsk. The foundation takes its name from the original manufacturer. In June 2014 the territory was seized by armed representatives of the self-proclaimed ‘Donetsk People’s Republic’. 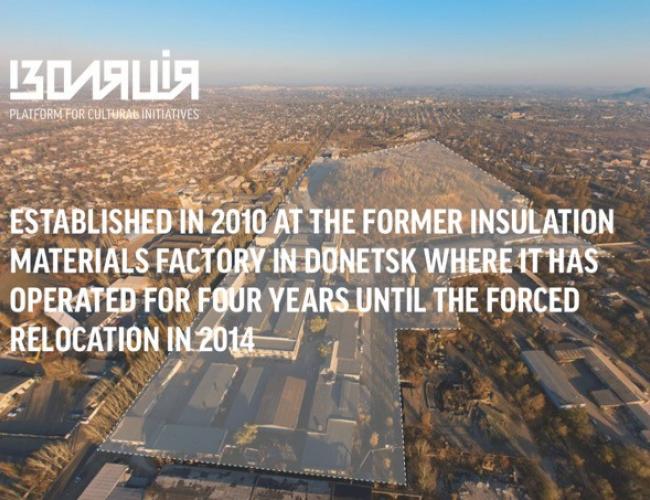 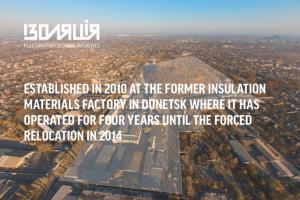 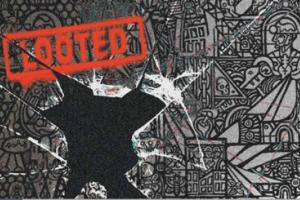 IZOLYATSIA is a non-profit, non-governmental platform for cultural initiatives. Established in 2010 on the site of a former insulation factory based in Donetsk, the foundation takes its name from the original manufacturer. In the institution’s first formative years, the territory and history of the factory and that of the broader industrial region of Donbas were not just a backdrop, but but essential factors in informing programming. Large-scale site-specific projects reflecting on the past and present of the industrial heart of the former Soviet Union were at the core of IZOLYATSIA’s activities and brought together a cast of all-star international artists and prominent young local artists. Then on June 9, 2014 the territory of IZOLYATSIA was seized by armed representatives of the self-proclaimed ‘Donetsk People’s Republic’. The foundation was forced to move to Kyiv. This is where starts the history of IZOLYATSIA’s shattered collection, obliged to observe the explosion of Pascale Marthine Tayou’s Make up… Peace! from afar and collect eyewitness testimony of misdoings occurring at IZOLYATSIA’s premises. Some works from the collection were saved from the terrorists’; however, those which remained have been vandalized and turned into metal scraps for sale. The territory of the foundation has been converted into a secret prison of the Ministry of State Security of the ‘Donetsk People’s Republic’, where, according to numerous reports and testimonies, people are detained and tortured. To this day, the legal status of the seized territory and other assets remains unclear and the official investigation conducted by the Ukrainian government is paralyzed due to the lack of sufficient legislation and political will to register and prosecute similar cases. Consquently, IZOLYATSIA has grudgingly become a case study for a lost collection of contemporary site-specific works. While legal proceedings are in progress, the institution has had to reinvent itself in Kyiv, largely abandoning production of site-specific pieces and focusing on relevant socio-political issues in a series of exhibition and discursive projects. During the first year of its presence in Kyiv, IZOLYATSIA strived to create an inventory and an open database of the collection in order to calculate the losses and kickstart a discussion on the status of a lost collection. Currently, it is available at the IZOLYATSIA web page. The legal proceedings are still in progress. To this day, no one has been brought to punishment.

IZOLYATSIA is a non-profit, non-governmental platform for cultural initiatives, founded in 2010 on the site of a former insulation factory based in Donetsk. The foundation tak… 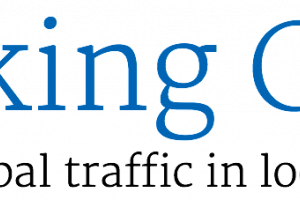 Trafficking Culture is a research consortium that produces evidence-based research into the contemporary global trade in looted cultural objects. 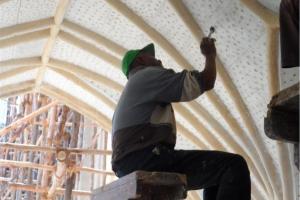 World Monuments Fund was awarded a grant from the European Union in 2014 to restore Christ Church Cathedral in Zanzibar. The Cathedral was built in 1879 on the location of the…