The Iraq Emergency Heritage Management Training Scheme (‘Iraq Scheme’) builds capacity in the Iraq State Board of Antiquities and Heritage by training over 50 of its staff in a wide variety of retrieval and rescue archaeology techniques. 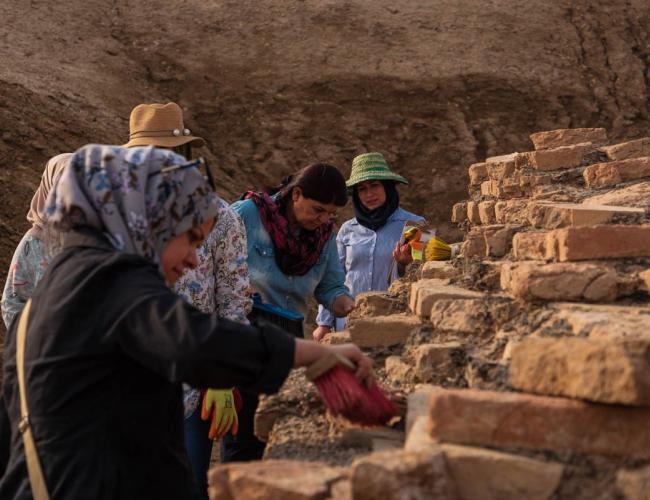 In response to the destruction of heritage sites in Iraq and Syria by Daesh (or Islamic State) in 2015, the British Museum developed the Iraq Scheme. Backed by the UK government’s Official Development Assistance (ODA) through the Department for Digital, Culture, Media & Sport (DCMS), the British Museum aimed to offer something positive and constructive, in the face of frustration and outrage from this destruction.The training programme, undertaken first in the UK and then on two specially selected archaeological sites in Iraq, delivers state-of-the-art training in all aspects of archaeological fieldwork. This includes geophysical and geomatic surveying and documentation, to complex excavation methodology. The training gives participants the expertise and skills they need to document and stabilise severely disrupted and damaged heritage sites in preparation for potential reconstruction. The scheme operates in six-month cycles, with each group of six to eight participants spending two-three months at the British Museum, followed by two-three months in the field in Iraq, at Tello and Darband-i Rania. The two excavation projects have provided an ongoing wealth of experience for the participants. 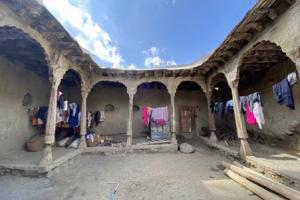 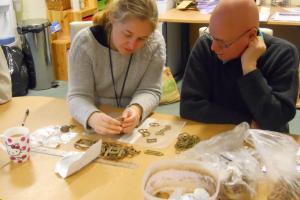 The Portable Antiquities Scheme (finds.org.uk) records archaeological finds discovered by the public, to advance knowledge, tell the stories of past communities and further pu… 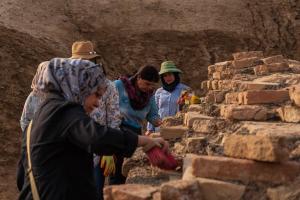