Memoria Abierta, a collective group of Argentinean human rights organizations (HROs), focuses on remembering rights violations during the country's most violent dictatorship and on the struggle for justice, to reflect on the present and strengthen democracy. These HROs' publications covering their own histories, events, and social commentary, will be digitized. 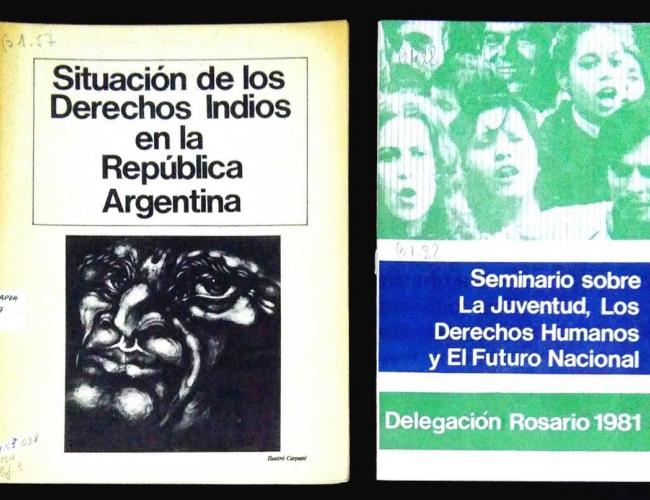 From 1976 to 1983, military dictatorship in Argentina allowed for politically-charged attacks, and murders and disappearances of thousands of citizens. In response, human rights organizations (HROs) were created. Memoria Abierta is a collective alliance of nine HROs focusing on collecting, preserving, organizing, and disseminating documentation related to the period of state terrorism. Their written works publicized a unique perspective of each organization, covering (1) histories of the HROs and their members, (2) forms of organization and intervention, and (3) the roles that these groups played in a sociopolitical context. Printed materials include magazines, booklets, newsletters, and newspapers, making up approximately 1,600 publications. These publications detail not only the challenges in the fight for human rights, but also what took place in response.

In addition to these larger discussions, the materials also cover news and analyses on human rights in Latin-America, national and international justice issues, and information on missing persons (e.g. detainees, political prisoners) from the repressive regime. The Memoria Abierta team aims to digitize the collection in order to document and make accessible the efforts towards justice during a period of grave human rights violations.