Back to search
The Khalidi Library

The Khalidi Library (al-Maktaba al-Khalidiyya) was established in 1899 by Hajj Raghib al-Khalidi, as a public trust (waqf). This was made possible by a sum bequeathed to him by his grandmother, Khadija al-Khalidi, daughter of Musa Effendi al-Khalidi, who was Kadiasker of Anatolia in 1832. It was based on family holdings of manuscripts and books collected over many generations by Muhammad San’Allah, Muhammad Ali, Yusuf Diya Pasha, Musa Shafiq, Ruhi Bey an d Yasin al-Khalidi, as well as many others. The Library was intended to be open to the public, with the aim of encouraging the spread of learning, and reviving interest in the classics of Islamic learning, as well as modern subjects.

The announcement of the public opening of the Khalidi Library in 1900 stressed the linkage between libraries and culture going back to the era of the Greeks and the early Islamic era, for when “civilization and culture reached the Arabs, they founded libraries and schools.” The announcement affirmed that the spread of knowledge was the basis of progress and prosperity. It added that the Library was meant to be an asset to the holy lands “al-diyar al-maqdisiyya”: “for whatever we do, it will be hard to match what exists in the way of foreign institutions in these lands”.

The Khalidi Library was intended, in other words, to help restore the Arabs to prosperity by fostering knowledge, and to enable them to match the powerful cultural establishments created by foreign powers throughout the region. With this aim in mind, according to the first public announcement, the Khalidiyyah was meant to be a “public library” (maktaba ‘umumiyya). Today, after extensive renovation, cataloguing and preservation measures, the Library is again ready to welcome scholars from around the world. 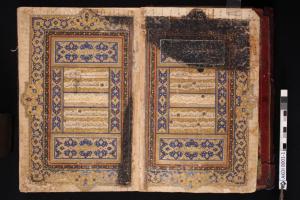 Preserving the Written Heritage of Jerusalem

The combined collections of the Jerusalem-based Khalidi, Al-Budeiri and Nashashibi Libraries as well as the Al-Ma'amal Art Foundation hold some of the oldest and largest priva… 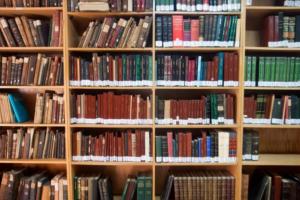 This eighteen month project aims to expand access to the largest private collection of Arabic Manuscripts in Jerusalem.