Back to search
Musée du Louvre

Formerly a royal palace, the Louvre has embraced the history of France for eight centuries. Intended as a universal museum since its inception in 1793, its collections—among the finest in the world—span several thousands of years and a territory that extends from America to the confines of Asia. Divided among eight departments, these collections feature works admired throughout the globe, including the Mona Lisa, the Winged Victory of Samothrace, and the Venus de Milo. With nearly ten million visitors in 2012, the Louvre is the world’s most visited museum. 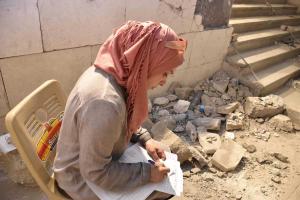 Rehabilitation of the Mosul Museum

The Mosul Museum holds a diverse collection of prehistoric and Neo-Assyrian objects, artifacts from Hatra, and an Islamic collection, largely from Mosul. In 2015, the Daesh as…