Founded in 1990 as a civil and water engineering design company, HYDEA quickly expanded its business by merging with competitors and through strategic acquisitions of smaller practices dealing with environmental studies, landscaping and architectural design.

The architectural side of the practice gained momentum in 1995, when the well-known architectural studio Pier Luigi Spadolini & Associates merged with HYDEA.

As of 2002-03, the company consolidated its position in the field of integrated building engineering and successfully pursued a few niche markets, including wineries and shopping outlets. In this latter domain, HYDEA enjoys an international reputation as the architectural designer of a considerable number of outlets in Western Europe and North America.

Meanwhile, HYDEA built up its international presence in the field of water engineering and infrastructure development and acquired numerous engineering and technical assistance contracts in Africa, the Middle East, and South America, with funding from the European Union, the World Bank and other international donors.

Over the years, HYDEA has also been active in the restoration and adaptive reuse of historic buildings. This prompted the company to start consulting in the field of cultural heritage. This activity evolved into a stand-alone department in 2003.

Recently, there has been a significant expansion of our international activities in the environmental sector, in the field of solid waste management, the most recent of Hydea’s areas of expertise. 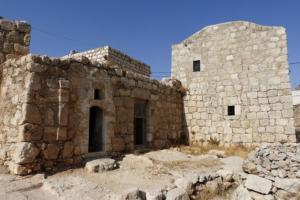 This two year project focused on the documentation, conservation and adaptive re-use of vernacular built heritage to address severe conflict damage in As-Samou'