The Manar al-Athar photo-archive provides high-resolution, searchable images for teaching, research, publication and heritage work. These images document archaeological sites, buildings and artworks in Syro-Palestine/the Levant, Egypt and North Africa, as well as some adjoining regions. Material is labelled in both English and Arabic. 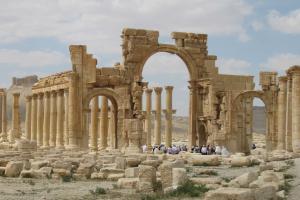 The Manar al-Athar open-access photo-archive, based in the Faculty of Classics at the University of Oxford, provides high-resolution, searchable images for teaching, research, publication and heritage work. These images of archaeological sites, buildings and artworks, cover the areas of the former Roman Empire which later came under Islamic rule (Syro-Palestine/the Levant, Egypt and North Africa) and adjoining regions. The chronological range is from c. 300 BC through the Islamic period. Material is labelled in both English and Arabic to ensure regional use, with instructions available in other languages. The photo-archive is in continuous development. Current strengths include Late Antiquity (AD 250–750), the period of transition from paganism to Christianity and, in turn, to Islam, especially religious buildings (temples, churches, synagogues, mosques) and monumental art (including floor mosaics), early Islamic art (paintings, mosaics, relief sculpture), Roman and early Islamic architecture, and iconoclasm. In recent years, Manar al-Athar has prioritized uploading photographs of cultural heritage in conflict zones, and in particular from Syria and Libya, in order to make this material available to the local community, researchers and cultural heritage professionals at a time when direct access to sites or monuments is extremely difficult and many have seen damage or destruction.
Project Website 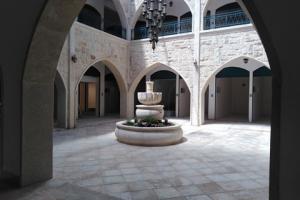 Following the devastating war with ISIS between 2014 and 2017, the cultural ‎heritage of Old ‎Mosul is damaged and in danger of being disappeared. This project aims to help in… 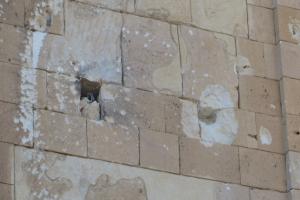 Heritage in the Crossfire

The Heritage in the Crossfire project investigates the impact of ballistics on sedimentary stone, and their consequences for further deterioration. This is particularly import…